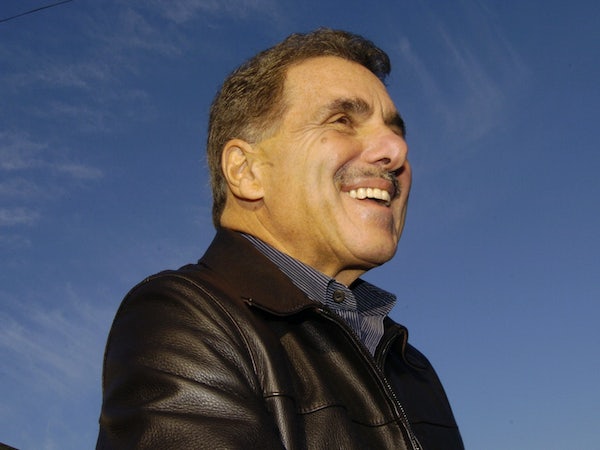 Len Riggio fought the publishing industry and won. Then he fought Amazon and lost.

Barnes & Noble has technically existed since 1886, but it’s only been Barnes & Noble, the behemoth bookseller, since Riggio bought it in 1971. Riggio turned it into an empire and disrupted the publishing industry, driving independent bookstores out of existence while demanding steep discounts from publishers, before being disrupted himself by Jeff Bezos and Amazon. Riggio is affable, intelligent, and, at times, ruthless—Tom Hanks’s character in You’ve Got Mail, lest we forget, is based in part on him—and he is synonymous with Barnes & Noble. It is difficult to imagine the chain bookstore, now a crumbling empire, without him, but late last night, the company announced he would be retiring in September.

Barnes & Noble’s business has been in turmoil for much of this millennium. It’s currently reeling from a failed entry into the hardware and technology market, and making a shaky transition to becoming a gift store. But after Bezos stole his crown as the most hated man in publishing, Riggio became an unlikely hero: an ally to publishers in the fight against Amazon and something of an elder statesman. (No industry is quite as nostalgic for mythic pasts as the publishing industry.) That growing respect is undoubtedly incredibly important to Riggio, who took the publishing industry’s barbs in the 1980s and 90s deeply personally.

That said, Amazon’s playbook, at least in books, has in many ways mirrored Riggio’s, just on a grander scale—it thrives on flexibility, deep discounting, and abundance. The publishing industry, like the rest of us, may be living in Jeff Bezos’s world, but Len Riggio, for better and for worse, made that world possible.